Building paper airplanes and flying them is great fun. However, what would be even cooler is building the world’s largest one and taking it to the skies to see how long it could stay in the air. That, is exactly what a 12-year old and some engineers from Tucson’s Pima Air and Space Museum did on Wednesday, March 21st. 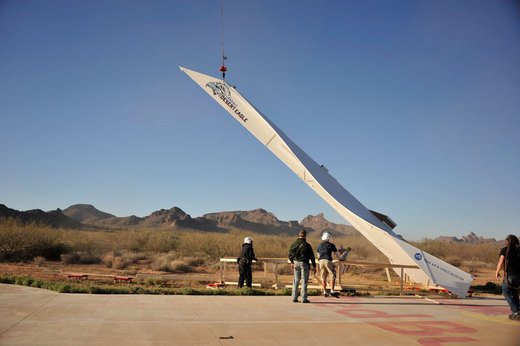 Lead by a team that included former NASA engineer Art Thompson and Guinness World Record holder for keeping a paper airplane aloft for the longest time, Ken Blackburn, the historic flight was the grand finale of the Giant Paper Airplane Fly-Off – A competition for which 6-14 year olds had to design and create airplanes using an 8.5 x 11 sheet of paper and see whose would fly the farthest.

It attracted over 200 airplane enthusiasts including 12-year old Tucson resident Arturo Valdenegro, whose plane went the longest distance. His prize not only included a medal and certificate, but also, a chance to help the experts build a giant version of his design which, was named after him.

Arturo’s Desert Eagle, which took 2 months to ‘fold’ was 45 feet long, had a wingspan of 24 feet and thanks to the paper-based graphic board (Falconboard) it was crafted from, weighed an astounding 800lbs (363 kg). In fact, it was so heavy that the first launch had to be delayed because the airplane buckled under its own weight and had to be carried back to the hanger for some adjustments. 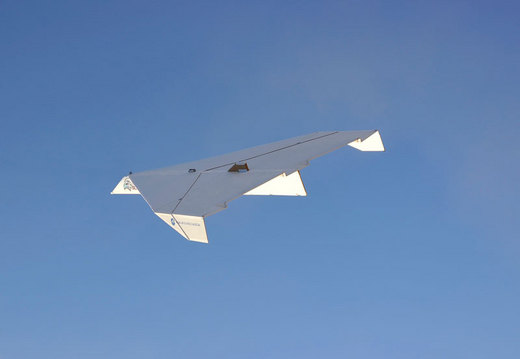 Arturo’s Eagle lived up to its name, gliding at a speed of about 98 mph for six seconds, before heading down. Unfortunately, the plane crumbled under its own weight, and transformed back into a useless heap of paper, as it hit ground.

Luckily however, the historic flight, believed to be the first of its kind was caught on tape by a chaser plane. To read more about how the engineers created this nifty paper airplane and see additional pictures check out greatpaperairplane.org.