What Superpowers do the Today School Teachers want?

We have been asking our teachers which superpower they would most like to have and why?

Which do you think they chose?

“Teleportation! Without a doubt…moving from one place to another at the click of your fingers!

“I think I would like to be able to travel in time. So useful, fast forward through dentist appointments and go forward to get the winning lottery numbers for tomorrow.”

“Being able to speak all the languages and dialects in the world. You could communicate with absolutely anyone, even someone from a remote tribe. It would be fascinating.”

“Who doesn’t want to be able to fly? You can laugh at gravity, zoom through the air unaided, like Superman or several thousand species of bird.

Great for checking up on my students!”

I already have what people consider a superpower which is to read people’s minds, however it gives me such considerable headaches that I block out any thought that is not mine. Quite frankly, it’s not very ethical reading people’s minds anyway.

But……, if I could have a different power…well, that would be to stop time. I’d have loads of extra time to do other things, like correcting exams more relaxingly for example… and of course other things which I’m not going to tell you. That would be a secret.

Time manipulation, so I could have time to do everything I ever want to do…

Super mental strength, so that I could give up smoking and take well-considered decisions.

If I could have any superpower in the world, it would be the ability to

turn metal into beer. Then I’d travel the world turning all the guns, tanks and bombs into beer. World peace and an unlimited supply of Estrella! What could be better?

If you were wondering about the classification of superpowers, wonder no longer! Somebody out there in the interworld has classified them for you. 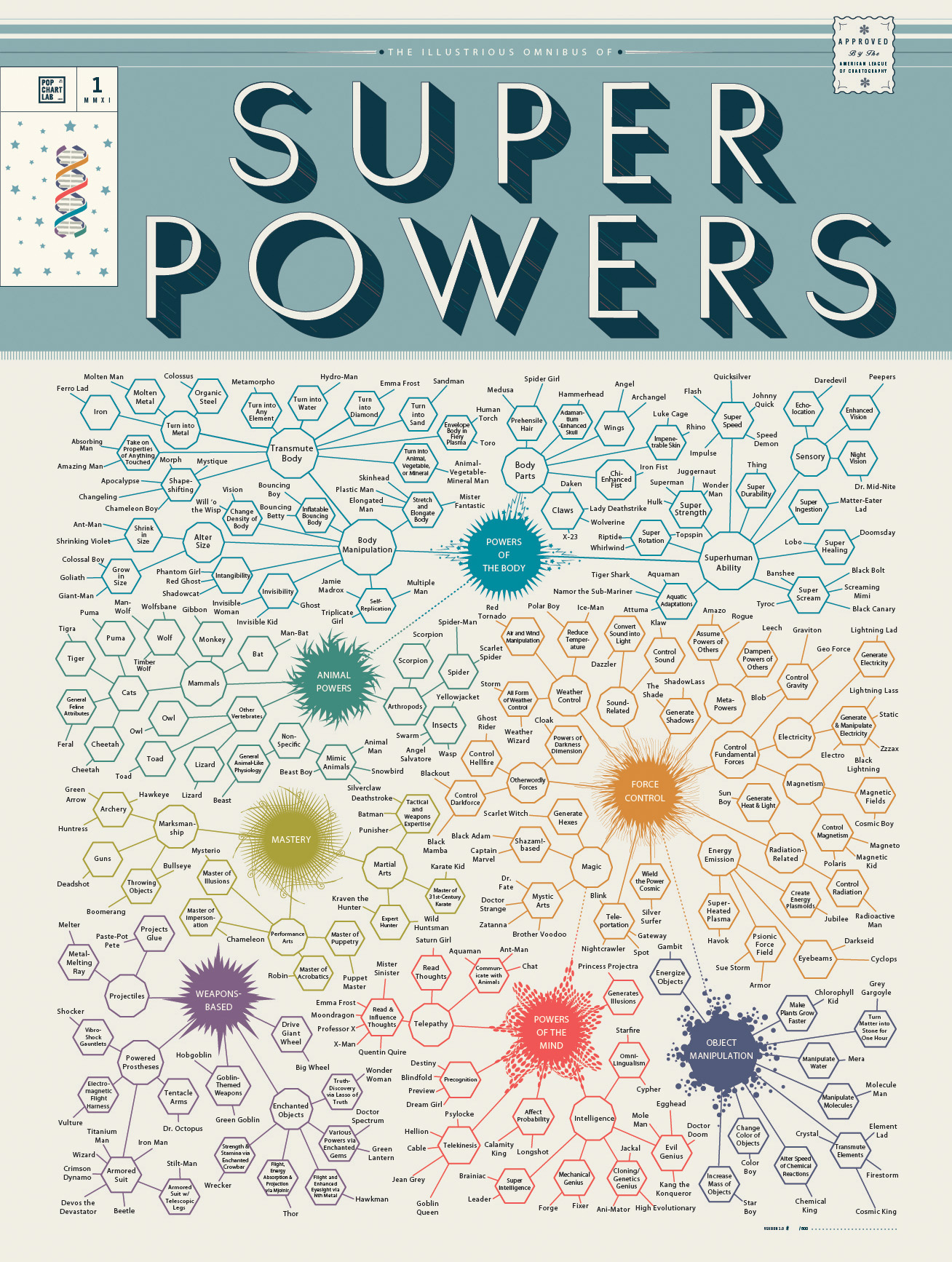